ADVOCACY FOR THE EARTH

Protecting the Earth and its natural resources from overpopulation, destruction of the environment, pollution and its effects.

Planet of the Humans / Michael Moore and Jeff Gibbs / 2020 / planetofthehumans.com

Destruction of the Environment as a Consequence of Overpopulation / FIGU Canada / 2017 / ca.figu.org 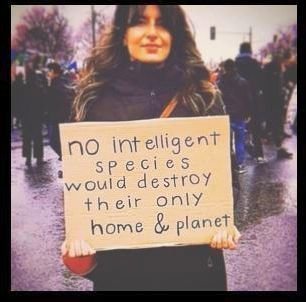 Stephen Hawking [physicist 1942-2018] warned against overpopulation: "In the last 200 years the population of our planet has grown exponentially, at a rate of 1.9 per cent per year. If it continued at this rate, with the population doubling every 40 years, by 2600 we would all be standing literally shoulder to shoulder."
Achim Wolf / Overpopulation Petition to the United Nations: "Six years ago, I was warning about pollution and overcrowding; they have gotten worse since then. The population has grown by half a billion since our last interview, with no end in sight. At this rate, it will be eleven billion by 2100. Air pollution has increased by eight per cent over the past five years."
"Our planet and the human race face multiple challenges. These challenges are global and serious — climate change, food production, overpopulation, the decimation of other species, epidemic disease, acidification of the oceans."